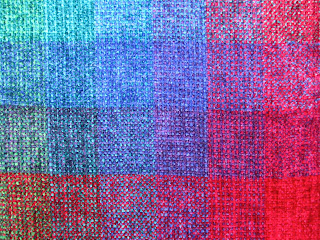 Those of you who know me and my work would say that a post on absence of color is almost laughable! You have heard me say emphatically, "I don't do black and white"! OK, so I'm eating my words! Who would have thought it would have come to this. I AM DOING BLACK AND WHITE! (GASP!) 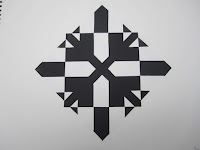 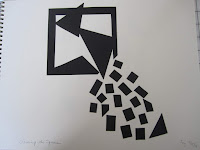 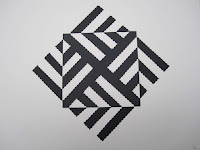 Now that you all have composed yourself, I'll try to explain why I am doing black and white. Ever since I had my own apartment after graduating from college I've had this "thing" or "need" to be devoid of color after the Christmas holidays. I love all the holiday colors and lights but by January I am in color sensory overload. So when all the decorations are put away, the only color I want to see is white! I put out white candles, white accessories, and for years I would buy white carnations to start the new year. It was a cleaning of all the clutter and chaos of color! A fresh start! By February color would creep back in by putting out pink candles and maybe a pink table runner or placemat. March brought the color yellow and daffodils on the scene. April got more colorful with pastels and tulips. Get the picture? By October all the colors of fall leaves, mums, and pumpkins were taking over!

This year has been different. It seems that my soul is needing the absence of color. Maybe it's age. Maybe it's the world today. Maybe it's the political climate. Or maybe it's the need to do something new and unexpected. A friend of mine recently used the word "Purity". I thought about that for a minute. I liked the idea that it might be a kind of purity that I was seeking. What better way to find that then to begin with my work. Simplify! Remove the color and all the millions of possible combinations. Limit the possibilities. Use only black and white.

I began thinking about how I could create black and white scarves. I purchased some black silk and began to ponder how to use white with it while not be boring.  A few weeks ago I was able to dye some white silk with black dye. I diluted the dye to produce various depths of gray and used a Shibori (fancy Japanese term for tie-dye) technique to dye the cloth. I have to say the depth of, dare I say, "color" that I got was exciting and extremely satisfying. Who knew Black and White could be so challenging and interesting!! 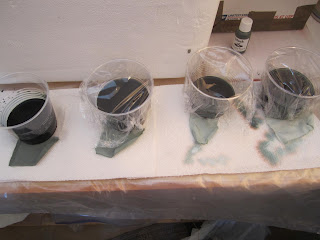 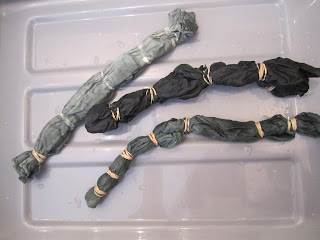 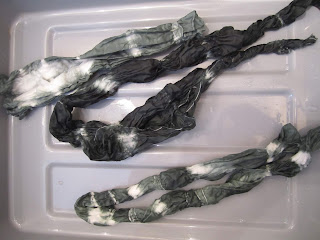 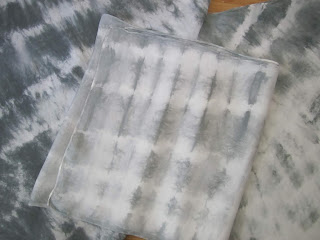 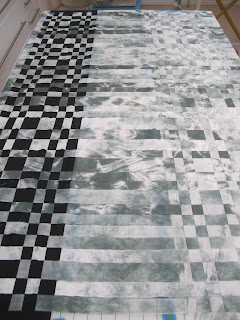 I started weaving by using an off-loom weaving technique. I chose to weave opposites. One scarf primarily black. The other white. Both have shades of gray. I never thought I would get excited using such a neutral and limited palette but every time I wove a new strip across the piece, the pattern became more and more interesting. WOW! The black became very theatrical and dramatic. The white more subtle. I'm in LOVE!

I'll be doing a few more in upcoming weeks. Don't know how long this phase will last. I have to admit, the idea of maybe, just maybe, the addition of a "wee" bit of color creeping in is looming in the back of my mind! What do you think?